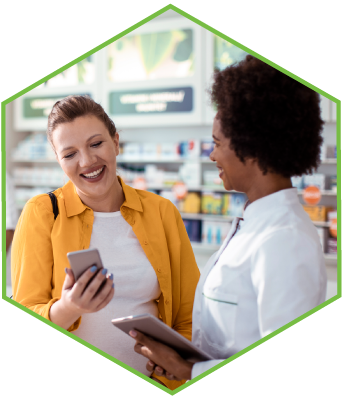 Since the beginning, Exchange Solutions’ mission has been to optimize the exchange of value between retailers and consumers.

This is achieved through understanding an individual consumer’s current behaviors, identifying what incremental actions he or she could perform, and presenting an economically rational incentive that delivers value to the consumer while ensuring an incremental and profitable transaction for the retailer.

We call this Value Exchange Optimization and it is the core concept underpinning all our solutions.

Our core values empower the Exchange Solutions team to thrive in a culture of shared purpose, personal growth and diversity 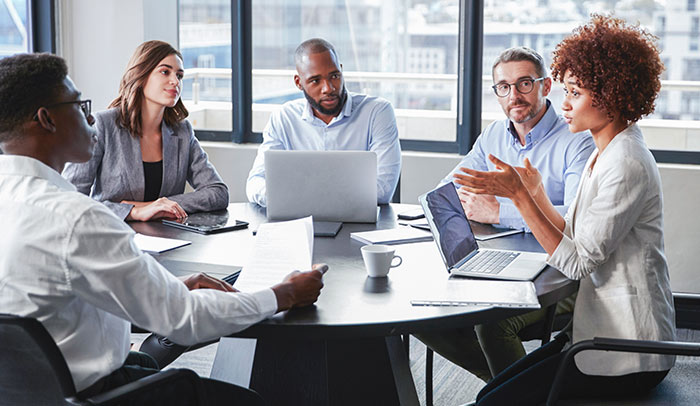 Delivering exceptional value to our clients 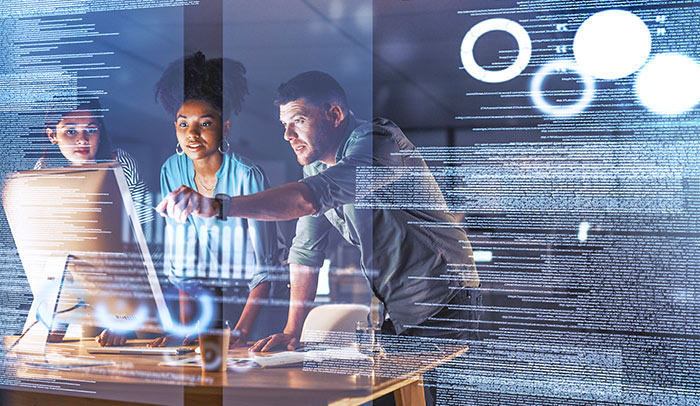 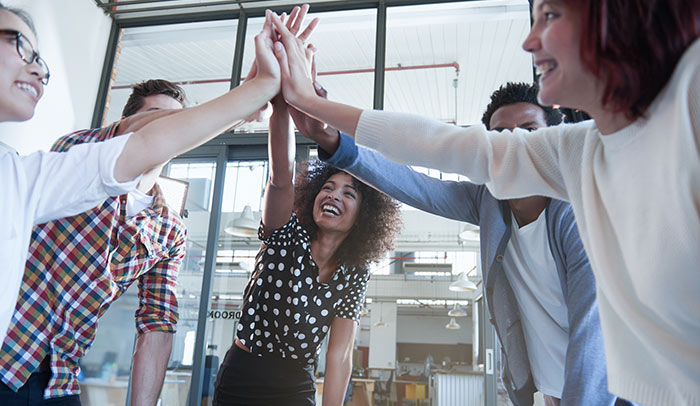 Working in an environment characterized by collaboration, mutual respect and personal accountability 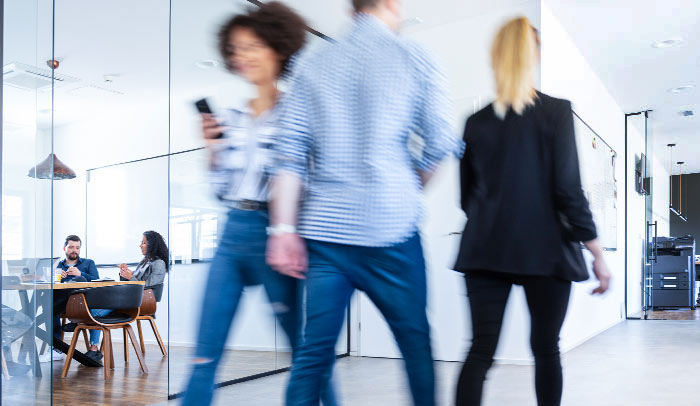 Operating at all times with a purposeful sense of urgency 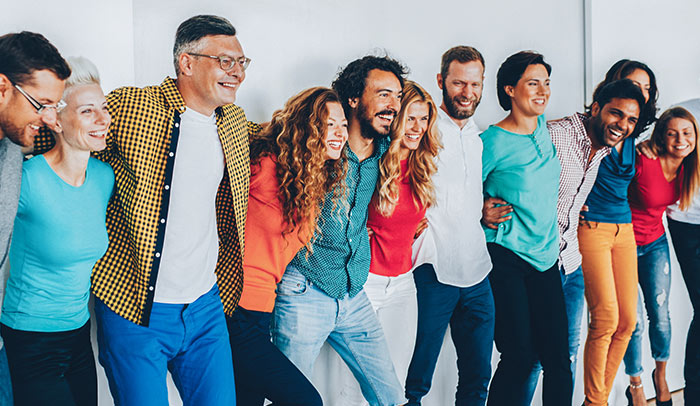 Having fun, enjoying what we do and staying in balance

Our Analytics teams are the experts on the ‘what, how and who’ of all the data that allows us to answer ‘why’ and expand on the ‘so what’. Retailers on our platform count on them to derive value from their exchanges with their consumers. It’s with their measurement, modeling and analysis of consumer behavior that help retailers understand how engaged and loyal their consumers are and make intelligent decisions for their business.

Our Technology teams are the architects, engineers and builders who design, build and maintain our platform and every integration our solutions require. They are curious and obsessed with emerging technologies. They work and live by a code to build, test, ship, learn, rinse and repeat to keep us in a cycle of continuous innovation and value delivery for our clients.

Our Finance team makes our world go ‘round, with healthy coordination of checks and balances to make sure we have what we need to run our business so that our clients can run theirs.

Our HR team is the human in Human Resources. They’re our culture bearers and have their finger on the pulse of the people. They’re working for us not only from those searches and interviews, but every day in our roles contributing to the growth and collective success of our team and our clients.

Our Sales team is pure energy. They are passionate about finding new clients looking to transform their business with our unique personalized loyalty solutions, and are inspired to go out into the market and share our story with retailers and valued channel partners.

Our Corporate Marketing team helps us shine a light on the big truths of who we are, what we do and why we’re so amazing at it. Creativity flows here and it flows even faster when there are deadlines and maybe a few donuts.

Our Account Management teams nurture relationships to enable client and business success. They’re thinkers, planners, task-masters, whipper-snappers, news bearers, shock absorbers and everything (literally) in between our clients and our platform.

If you are looking for a meaningful career alongside a team of diverse and inspired colleagues, please send your resume to careers@exchangesolutions.com

The Senior Linux Systems Administrator is responsible for the maintenance and administration of a high availability environment. Administer daily operations of servers including log review, systems escalation, security patching and application upgrades. Be part of a team that is transitioning technical operations from traditional administration and deployment management to infrastructure as application leveraging automation/configuration management technologies. 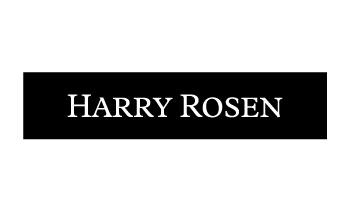 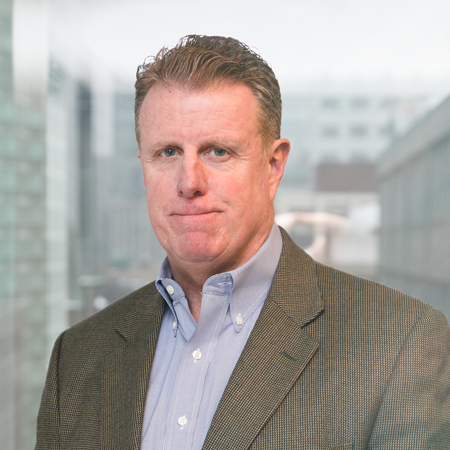 Mike Hughes is the CEO and Chief Operating Officer of Exchange Solutions. Mike is responsible for leading the business, technology, operations, analytics, and administration functions of the company.

Mike is a seasoned executive with a long track record of success, leading organizations through rapid growth and expansion. As a senior operations and financial executive, Mike raised over $800 million in public and private financings, built companies from early stage through large scale growth and managed several highly successful exits.

Prior to his role at Exchange Solutions, Mike served as Chief Financial Officer and operating executive for several software companies, including Vertica Systems Inc., which was acquired by Hewlett-Packard. Mike also held executive level operating and finance positions at two telecommunications companies, both of which completed IPOs and were acquired by AT&T and KPN respectively.

Mike has broad high tech experience including: SAAS and enterprise software (Database, IT and Retail Systems), advanced analytics, marketing technology and telecommunications services. He earned his MBA in Finance from the Franklin W. Olin Graduate School of Business at Babson College and a Bachelor’s Degree in Accountancy from Bentley University. 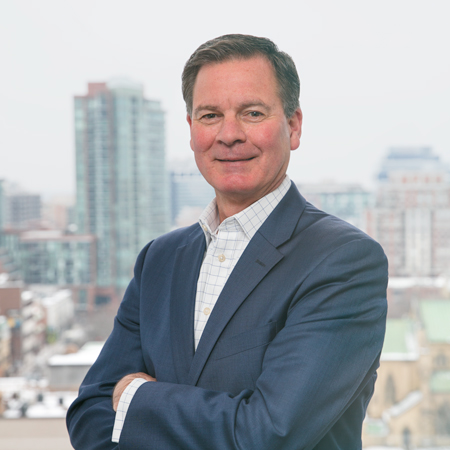 Robert Jewell is the CEO and Chief Revenue Officer of Exchange Solutions and is responsible for leading the company’s customer growth trajectory. Robert’s focus includes developing strong client relationships based on results, executing our sales strategy, positioning and driving awareness of our solutions and cultivate strategic partnerships that strengthen our business, and expand the company’s market reach. 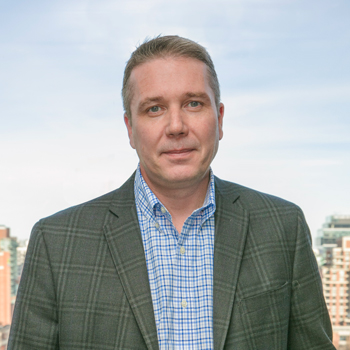 As Chief Technology Officer, Shane O’Neil leads with pragmatic optimism, understanding that the problems of today need to be solved, while keeping an eye on the product and solution opportunities of tomorrow. He champions big sky dreaming for a team of architects, product owners, engineers and developers to constantly find ways to stretch, innovate and optimize.

Prior to joining Exchange Solutions as CTO, Shane’s tenure spanned multiple organizations including running global operations for DoubleClick Email and developing and integrating Web 2.0 product launches as CTO for Lavalife.

Shane is a certified Birkman consultant and holds a Bachelor’s degree in Economics from McMaster University. 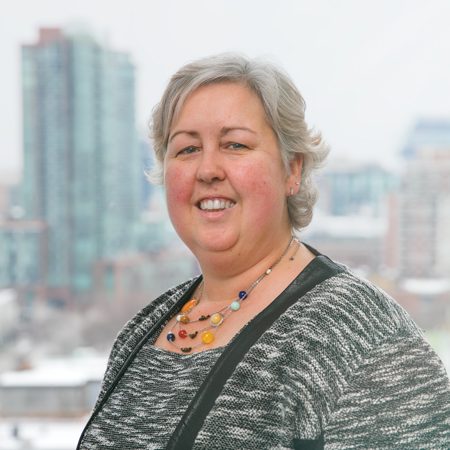 Brenda Higuchi charts Exchange Solutions’ journey into applications powered by Advanced Analytics. Her extensive leadership and consultative experience in data analytics and loyalty program design enhances the team’s abilities to usher key accounts into the future of customer engagement and loyalty. Brenda leads her team in the design, build and operation of advanced analytics and machine learning applications that are fully integrated with our technology for powering Loyalty and Personalized Offers Solutions.

As a leader in the design and launch of programs such as SCENE and myHusky Rewards, Brenda has the credentials and experience to shape solutions that allow clients to stay customer-obsessed by harnessing the power of transactional and behavioral data for achieving customer engagement and loyalty goals.

Brenda has a Bachelor of Science and a Master of Science in Statistics from McMaster University and the University of Toronto respectively. She is passionate about evolving her education and experience with Executive Education programs from the Harvard Business School. Mark Schindel is one of the architects of Exchange Solutions’ original loyalty solutions and has been a long-time leader in the company’s evolution from its early days of offering contesting and campaign solutions to its current tenure in Loyalty and Personalized Offer Solutions. As SVP, Technology, Mark is responsible for the team that develops, tests, configures, integrates and operates the platform and solutions for our customer-obsessed clients

With more than 20 years of cumulative technology experience, Mark remains architect, engineer, builder and problem solver alongside the team he leads to keep the lifeblood of Exchange Solutions flowing.

Prior to joining ESI in its founding years, Mark spent 6 years at IBM in AIX Support, DB2 development and Global Services. Mark holds a Bachelor’s degree in Computer Science from McMaster University. 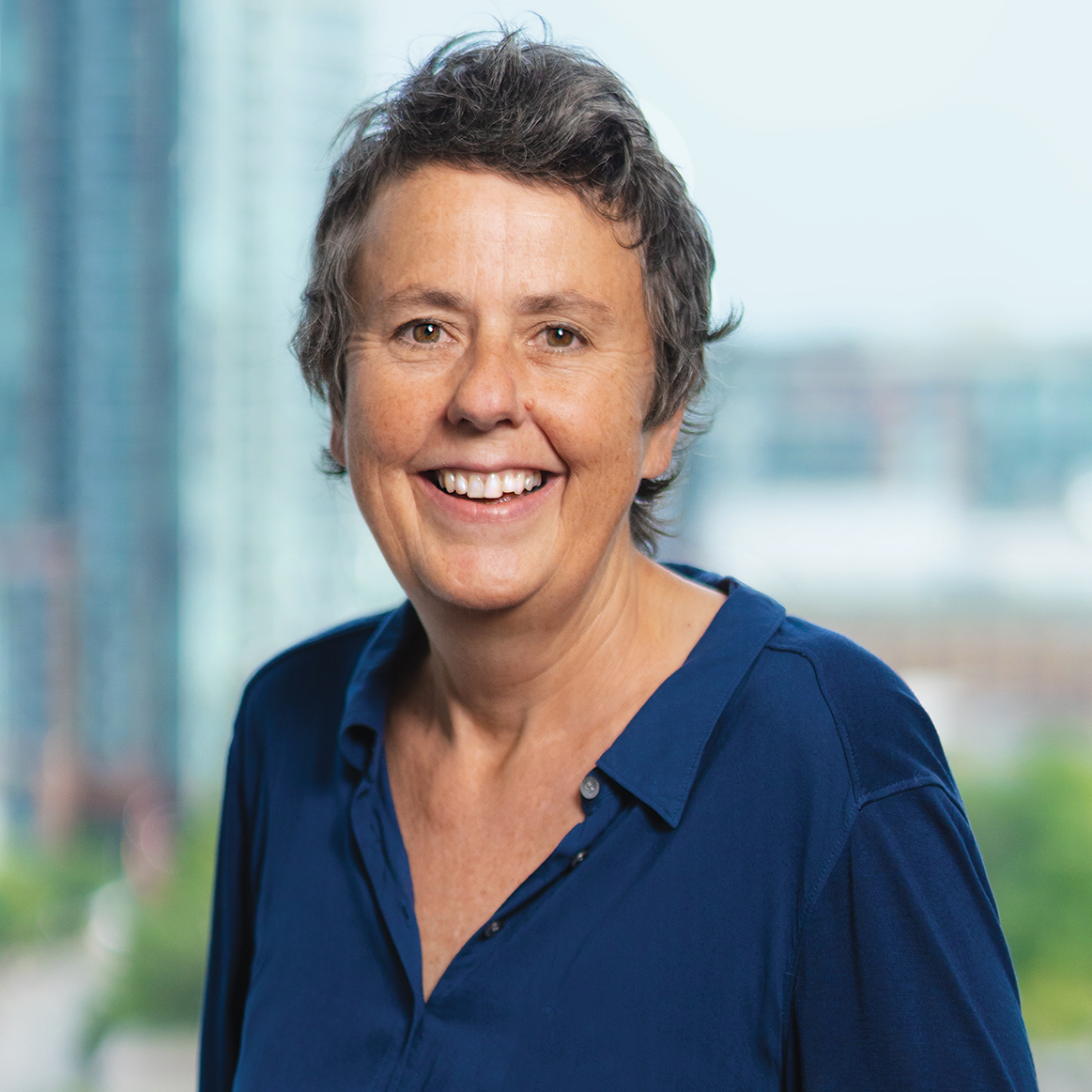 Jennifer Trant is an experienced marketing executive with a strong track record of driving results through the creation and development of high performing teams. She joined Exchange Solutions in 2016 to support key clients in achieving market growth through transformative change in their customer engagement and loyalty strategies. With strong leadership and executive experience in loyalty and customer engagement, gift card & payments, direct and digital D2C marketing, P&L management and strategic planning, Jennifer brings a pragmatic approach to building customer-obsessed engagement and loyalty.

Prior to joining Exchange Solutions, Jennifer held a variety of roles in Account Management, working with leading North American brands to support the development, launch and optimization of loyalty and engagement initiatives.

Jennifer holds a BA and MA from the University of Guelph. 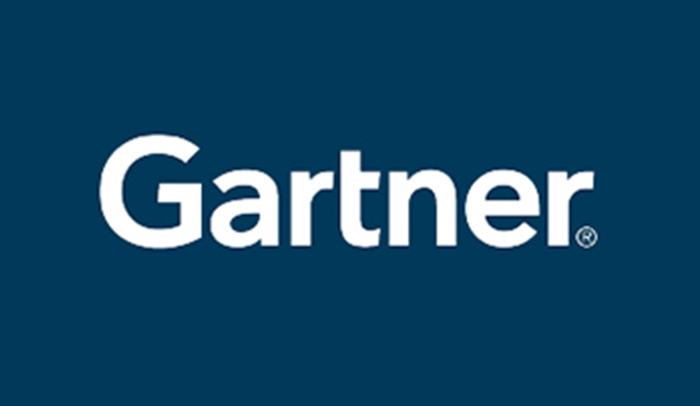 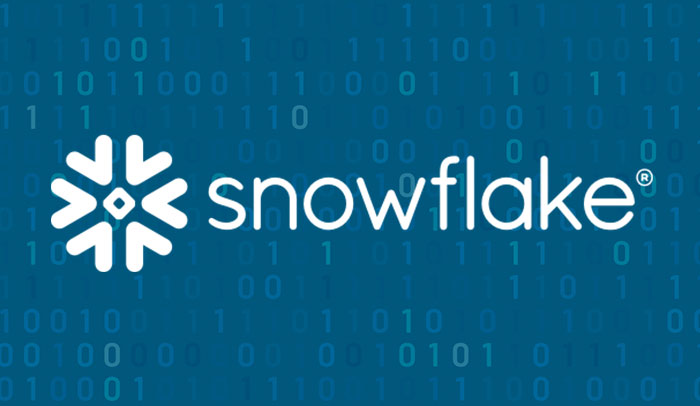 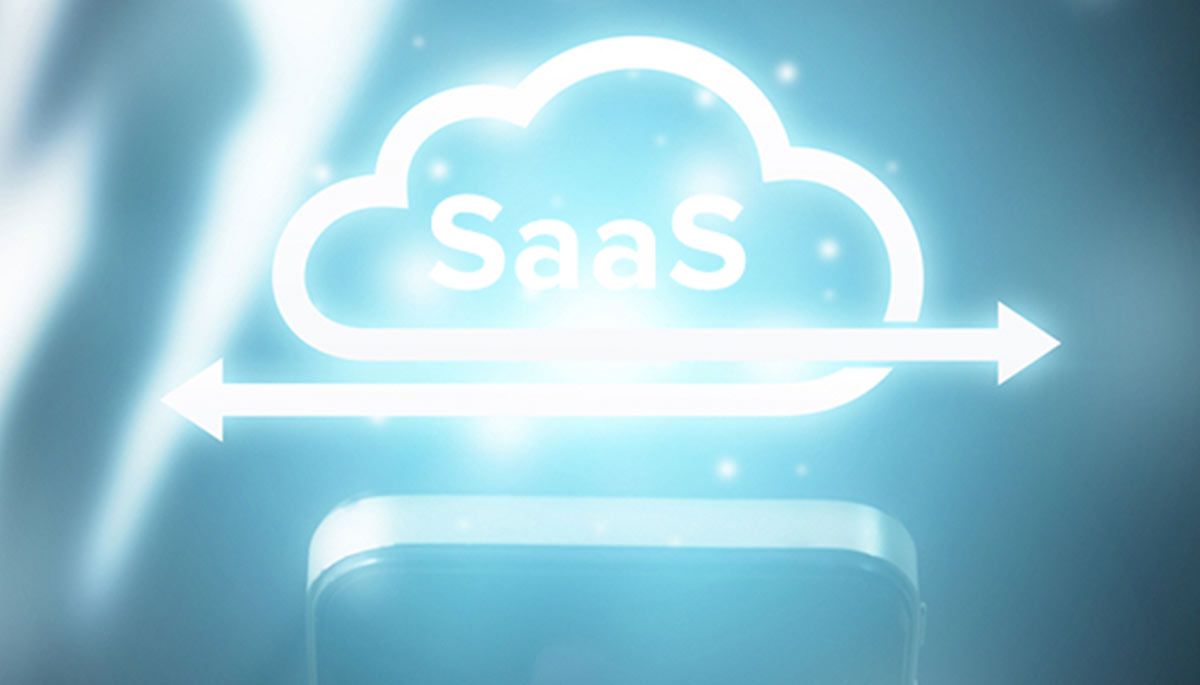 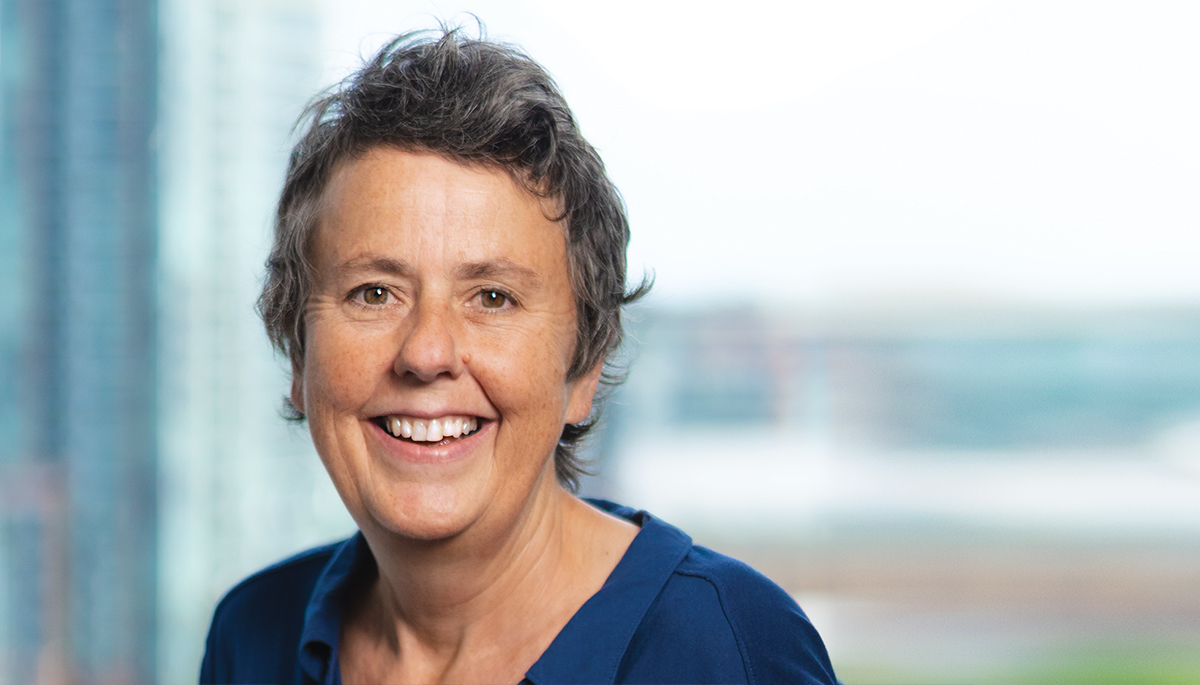 GARTNER is a registered trademark and service mark of Gartner, Inc. and/or its affiliates in the U.S. and internationally and is used herein with permission. All rights reserved.